Richard .V. Secord is a retired Major General, USAF. He is a graduate of West Point, the USAF Air Command & Staff College, the    U.S. Naval War College, numerous other shorter course schools and holds graduate degrees in English Literature from the University of Oklahoma and in International Affairs from George Washington University. He was the Deputy Assistant Secretary of Defense (Near East, Africa & South Asia) when he retired from active duty. At one time, Gen. Secord headed the USAF Directorate of International Affairs, and therefore was in charge of worldwide Air Force foreign military sales. 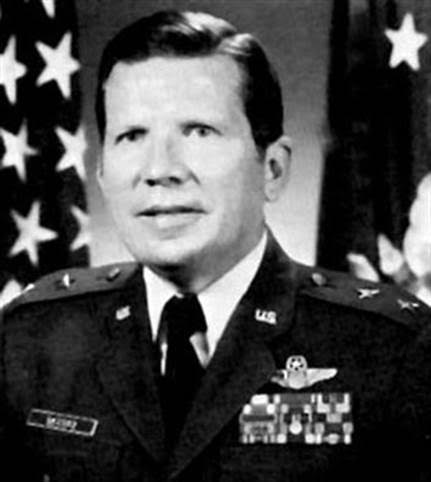 As an attack pilot General Secord logged 285 combat missions during the war in Southeast Asia. Among many military assignments he served as the US Commander in Iran. Earlier he commanded units at every level of the Air Force from flight through squadron and wing level and was air component commander of a secret hostage rescue Joint Task Force in 1980. Secord also served on loan to the CIA for 3 years during the Southeast Asia war . During this assignment he was the CIA Air Officer-in-charge in Laos. In this capacity he was responsible for insuring air support for CIA supported Laotian forces .

During the past 25 years Secord has headed several commercial businesses, including nearly 10 years as CEO of CTI (a thermal imaging company). Additionally he is currently Chairman of the Air Commando Association( a 501(C)3 & 501(C)19 charity) which has over 4000 members made up of former and active duty USAF personnel who have or are serving in the famed air commandos—the Air Force component of U.S. Special Operations.

Secord still flies having logged over 10,000 military and civilian hours and has maintained a hangar at Crestview’s airport for the past 19 years.

Dick and his wife JoAnn live in Ft. Walton Beach and have been married for 53 years. They have 3 children and 8 grandchildren